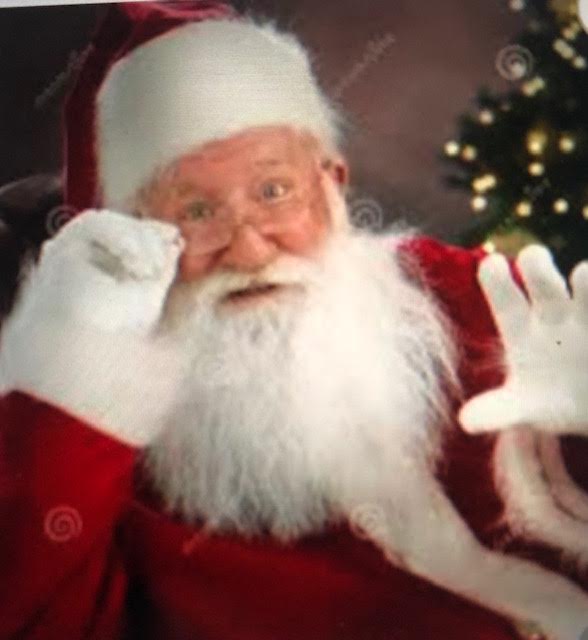 He’s a jolly guy with a red flushed face
Lives one flight up, above my place
He’s up all night, sleeps all day
Never an unkind word to say.

He’s always smiling, never frowns
As he makes his way about the town
Can often be found at the local bar
Sipping whiskey, and smoking cigars.

His hair is long, his beard is white
He stays up drinking half the night
A beer belly, with a bright red nose
Where he came from, no one knows.

He’ll tell you he’s had, but one career
Works just one week, throughout the year
He sits in a chair at Bloomingdales
Telling children stories and Christmas tales.

The kids all love him and clamor around
You can hear a pin drop, hardly a sound
He tells them he’s been with reindeers and elves
They believe every word and he believes it himself.

Visions of workshops, with hundreds of toys
To be delivered to good girls and boys
The children are wide eyed and mesmerized
They sit at his feet, almost hypnotized.

Mystical, magical, who wouldn’t believe?
When you are with him, you don’t want to leave
He shares their dreams, as they sit on the floor
One week a year… is what he lives for.

One thought on “A CHRISTMAS TALE”

This is a text widget. The Text Widget allows you to add text or HTML to your sidebar. You can use a text widget to display text, links, images, HTML, or a combination of these. Edit them in the Widget section of the Customizer.